“She fainted after not feeling well, got medical attention and is proceeding with her planned schedule,” according to a statement released by her office in Washington.

Colleen DiPirro, president of the Amherst Chamber of Commerce (news – web sites), told WBEN-AM radio that Clinton told the crowd she was feeling weak and had had a stomach virus. Clinton started to speak then collapsed, DiPirro told the radio station.

Clinton, 57, was smiling when she walked out of the private club where she had collapsed, the club’s general manager said.

“I saw her walk out the door by herself, she smiled and said `thank you’,” said Saturn Club general manager Vincent Tracy.

Later Monday, she arrived at a Catholic college where she was to speak about health care. Several hundred people were waiting to hear that address. There were also dozens of anti-abortion protesters waiting at the college.

During an earlier editorial board meeting Monday at The Buffalo News, Clinton complained about suffering from a flu-like bug that affected several of her staff members during a weekend retreat in Westchester County, where she lives. 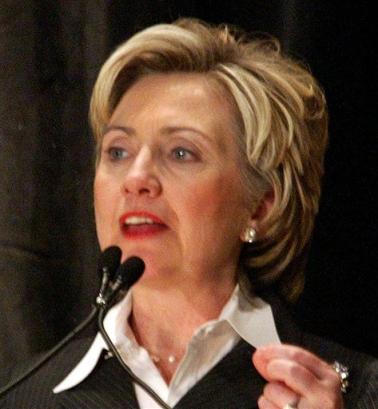 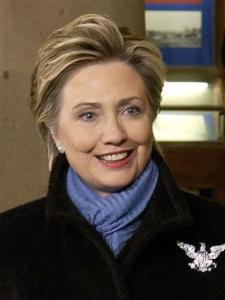